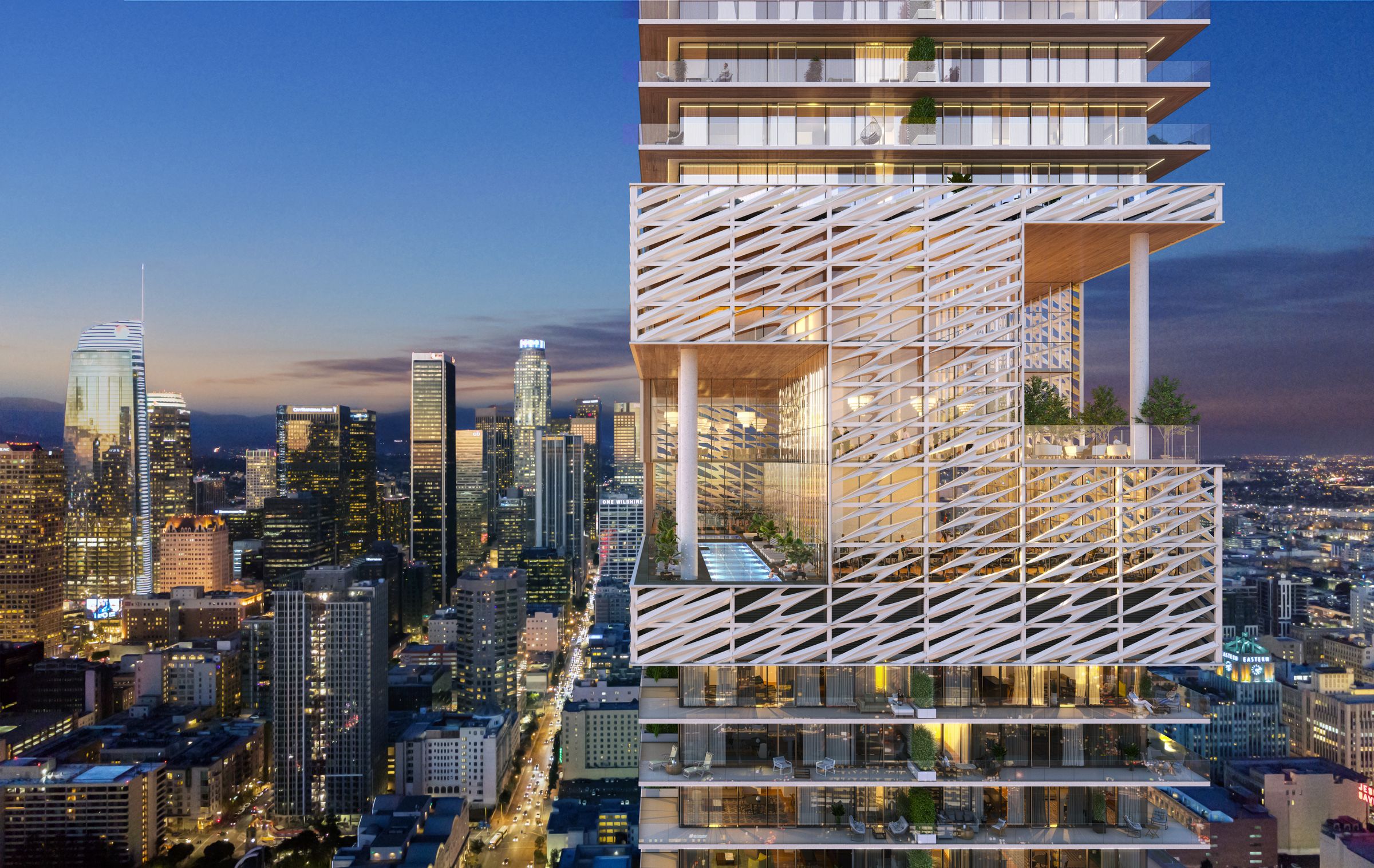 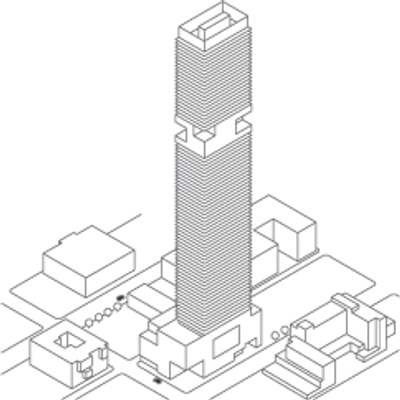 ODA envisioned 1045 Olive as a living tower. Poised to be the tallest residential tower in downtown Los Angeles (and fourth tallest in the city), ODA engaged the experimental architectural non-profit Terreform One to infuse the base of the building with biodiversity. We broke the tower into two distinctive sections, with the base as a center for the local community as well as residents, and the amenities, uniquely designed as its own architectural feature and placed towards the top of the tower. Each is sculpted to promote and express a sense of community and public gathering. Each creates a strong connection to the city, one physically at the street scale and one visually at the city scale. 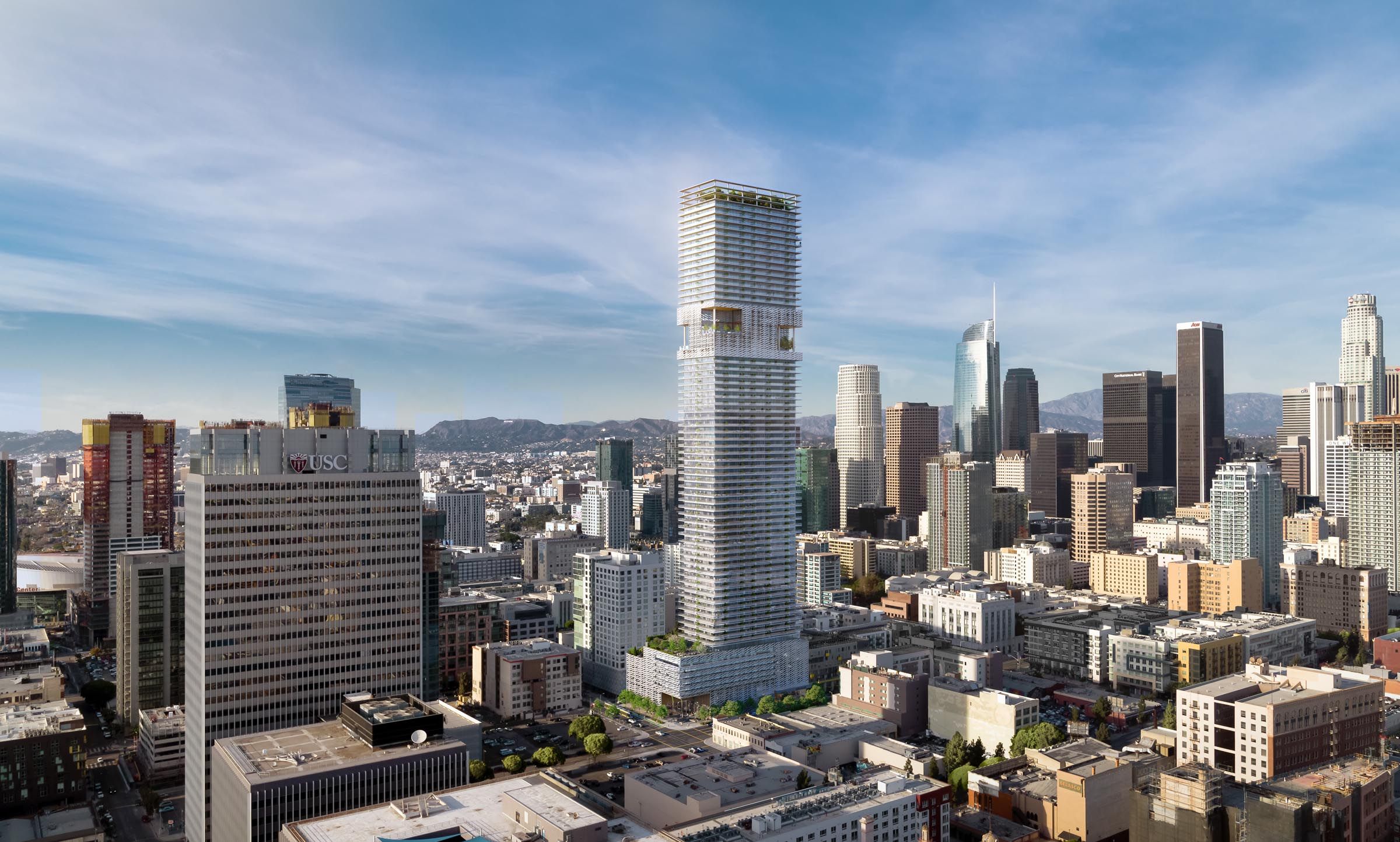 At the mid podium level, the corner is opened up respecting the neighboring building and maintaining its views. Parking and residential units are seamlessly integrated into the architectural language of the base creating one sculptural element that contributes to the quality of the neighborhood.

Inspired by the 1958 Santa Monica Civic Auditorium and its elaborately porous concrete screen, we chose to connect the retail program with the residential lobby as well as the parking structure with a continues vale like screen made of high performance precast concrete. The custom design of the precast resembles another LA Architectural icon from the same era - Norms La Cienega Restaurant with its famous triangular tilted roof. This symbol of street retail takes a 3D form that alters its porosity to create an interchanging dynamic tapestry. The building base will appear different from every angle as people observing it passing by masking the place and appearance of the parking structure behind. At night the structure will glow as a lantern enhancing the beauty of it form and depth. 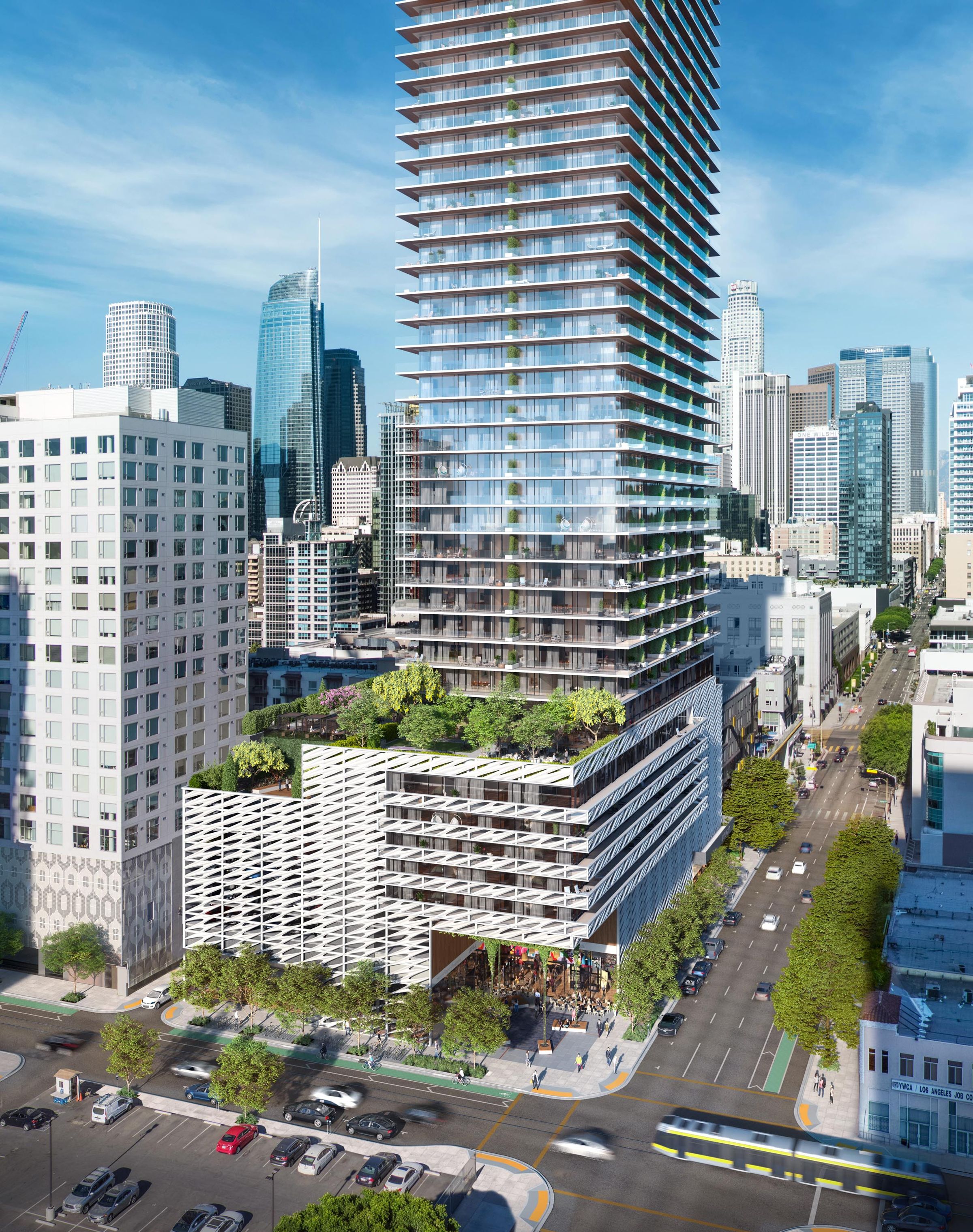 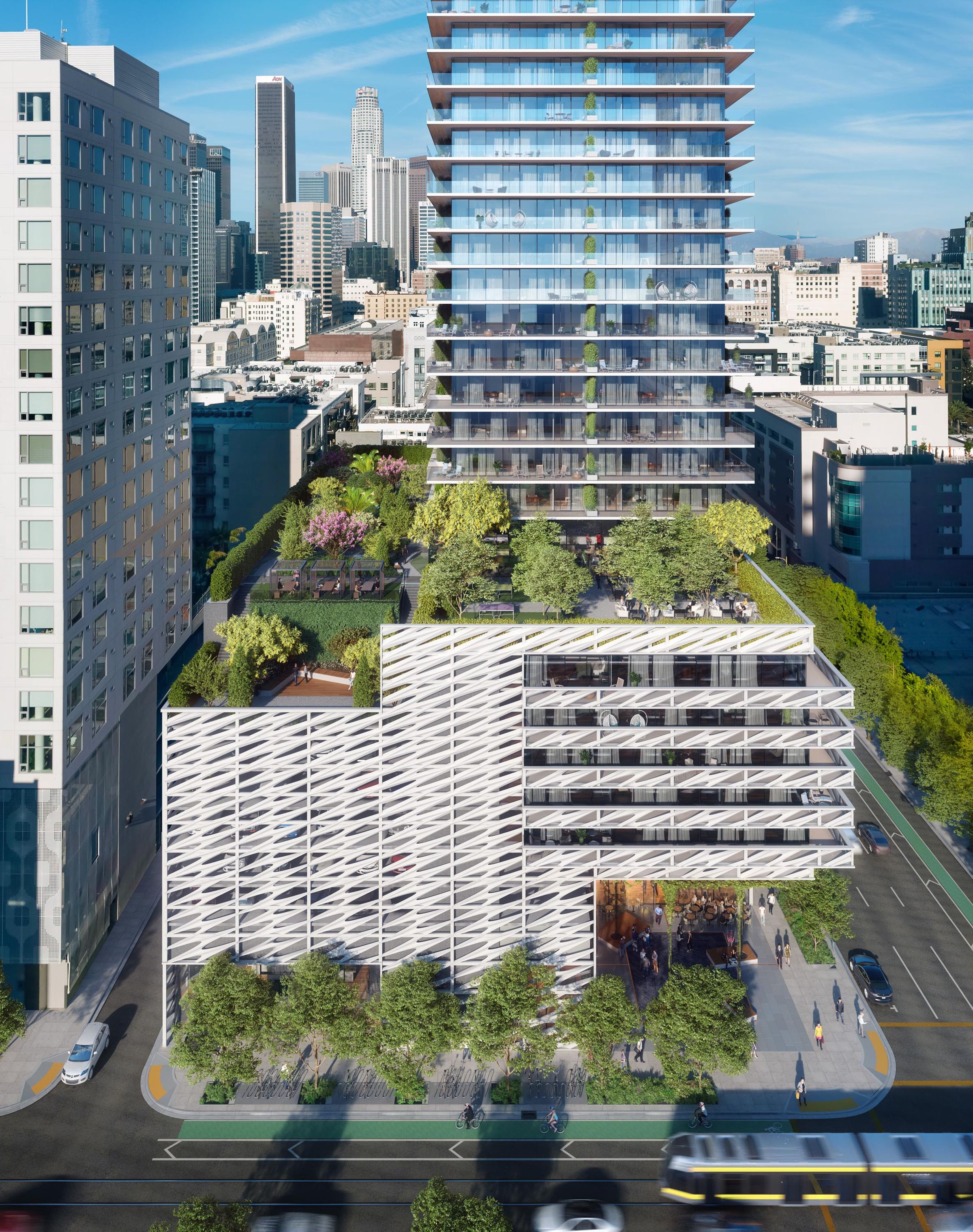 Designed as a community center, the building's amenity space sit two-thirds of the way up the tower with huge openings and massive recesses. This vast amenity package begins on the 53rd floor of the building and continues to the 55th floor. A pool, sauna, spa, gym, dining room and mini golf encompass a double-height space offering views in every direction. 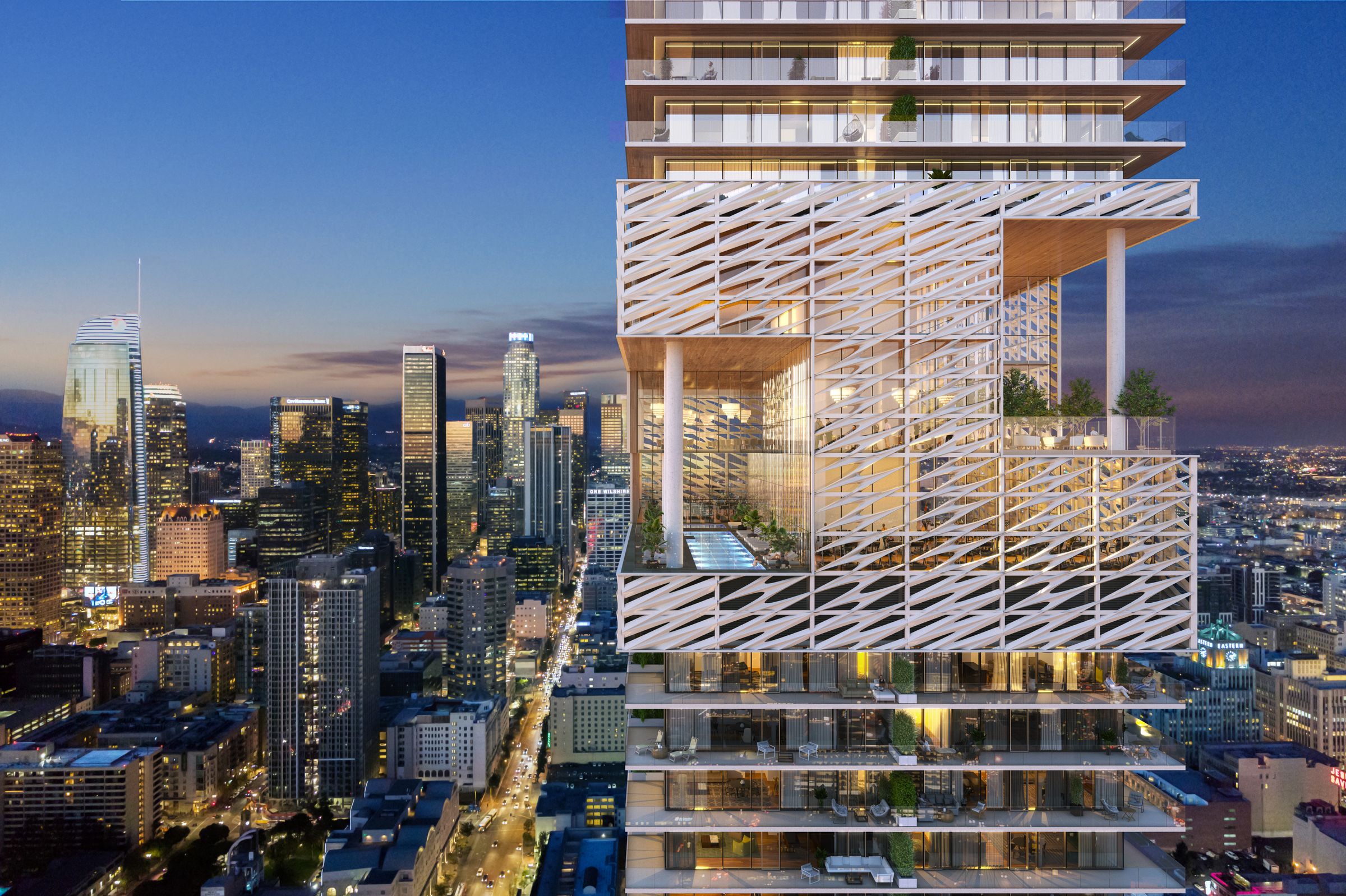 Bringing biodiversity back to architecture and cities.

ODA teamed up with experimental ecological design firm Terreform ONE to design a unique double facade system to cover five stories of parking, but at the same time create a permeable boundary allowing light and air to penetrate the facade. A total of 13.5 floors accommodate cars and an above-ground eight-story core is wrapped with apartments to visually conceal the vehicles.

Terreform ONE’s mission is to combat the extinction of planetary species through pioneering acts of design. Led by Mitch Joachim, PhD., an architect, Fulbright Scholar and TED Fellow, worked with ODA to design a concept to turn a parking garage at the base of the tower into a 5-8 story monarch sanctuary. They designed a double paneled facade system that would encourage butterflies and other wildlife to inhabit the buildings, becoming a waystation for the endangered species and adding a green wall and carbon-eating mosses to the exterior.
The objective is to create an experience that not only reorients towards a more conscientious future, but also provides a possible solution for the future of a delicate species. Monarch butterfly population has declined over the last 30 years. The water-drip irrigation system requires the planting of milkweed and other mosses, the panels themselves are made from an environmental concrete derived from T1’s work with the chemical company BASF. Due to the nature of the suspended display and aesthetics, BASF incorporated lightweight materials and an integral color admixture to create the material. 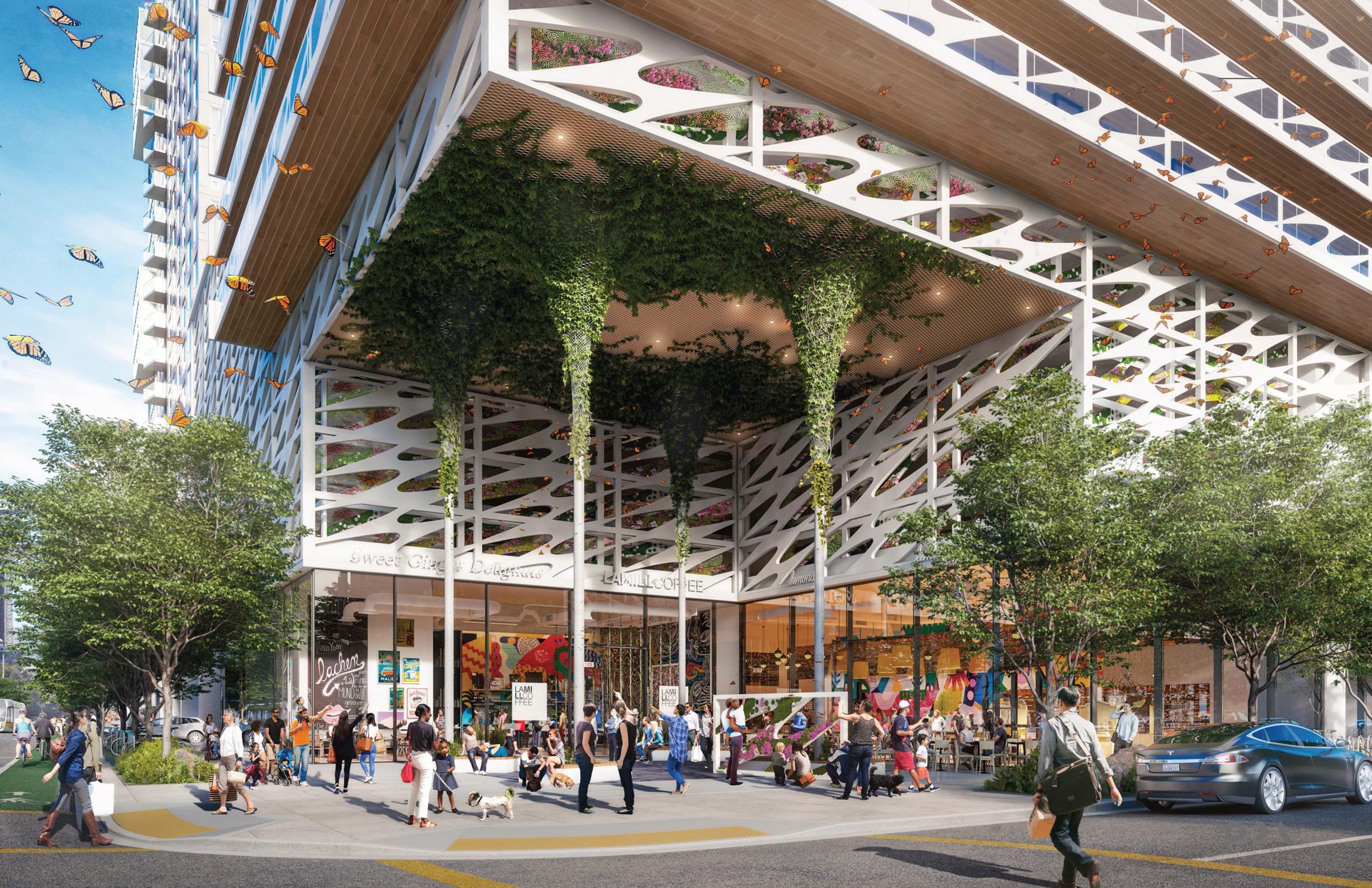 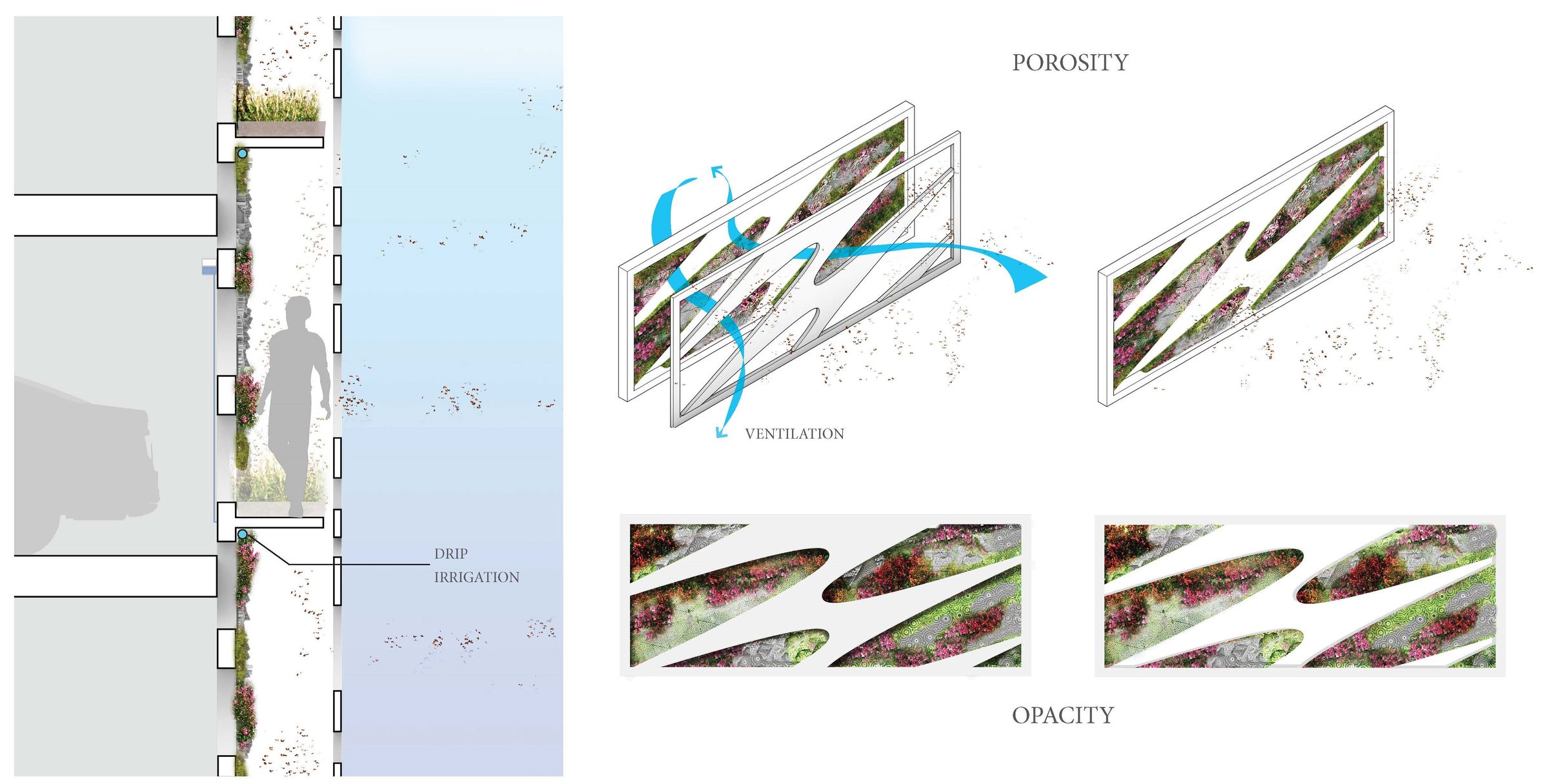 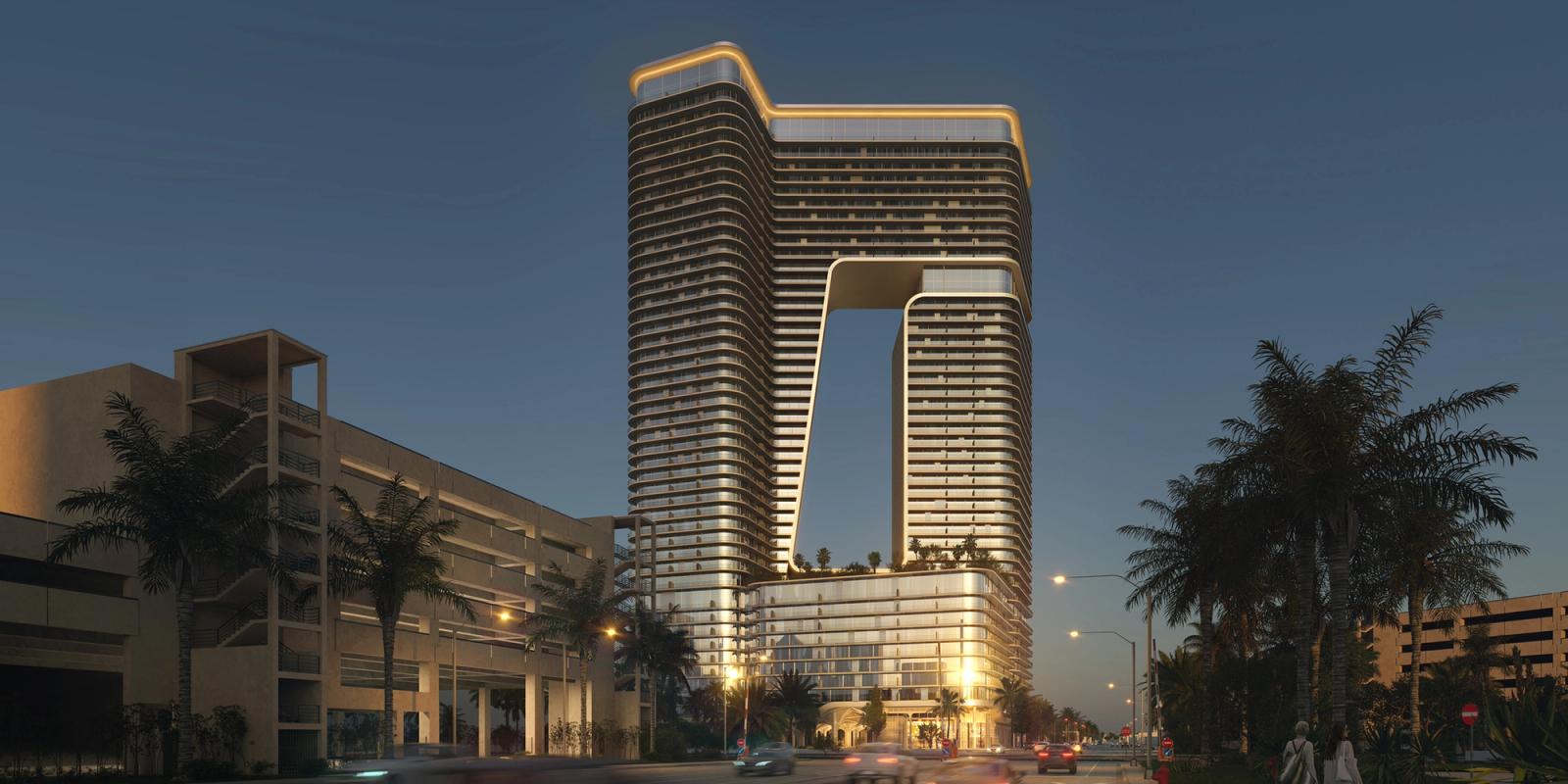 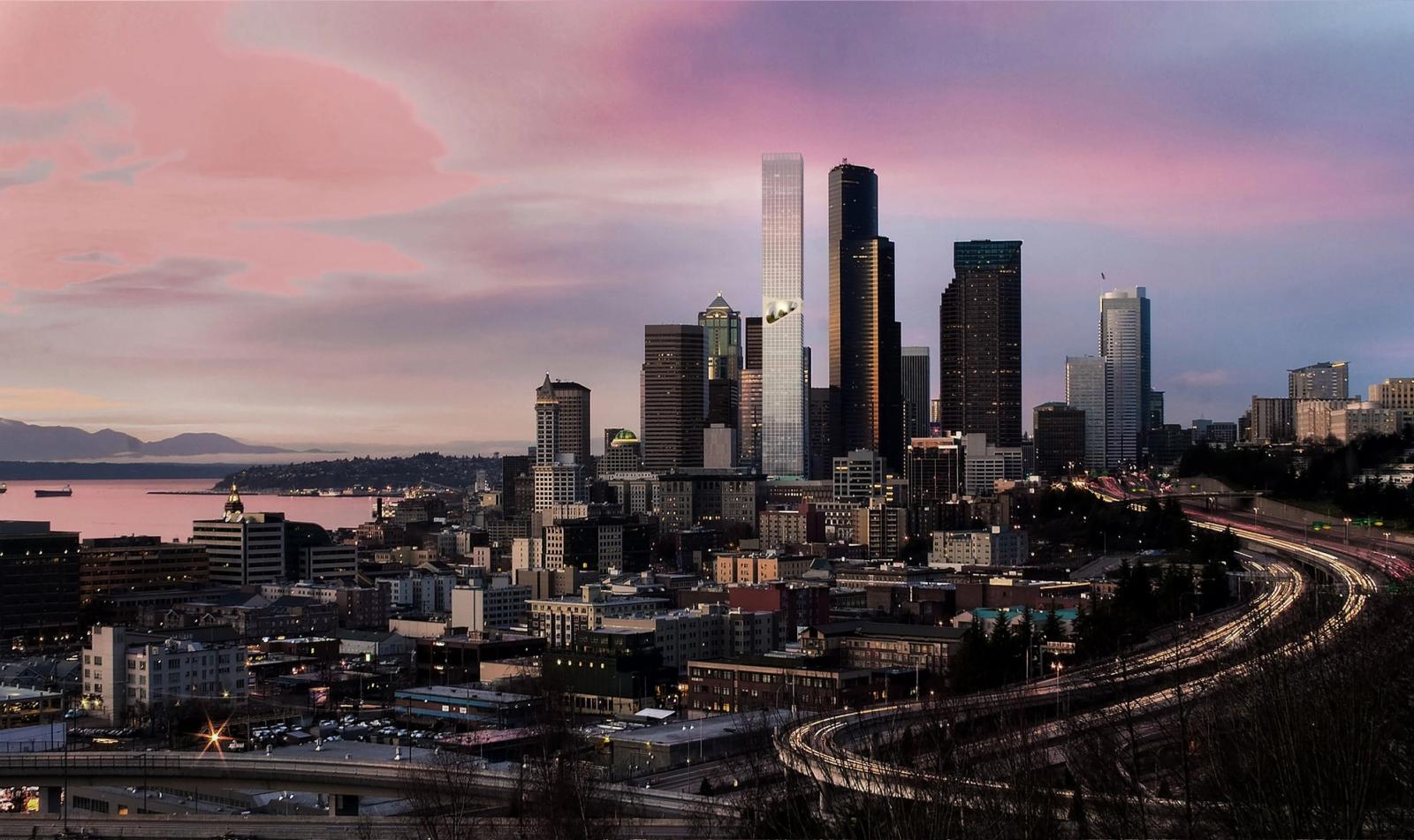